I'm a Canadian journalist based in London, UK. With bylines in The Globe and Mail, FLARE, Passion Passport, and more, I'm eager to write about travel, entertainment, mental health, social media, etc. I recently completed my master's in International Journalism at City, University of London.

Why Are People Jumping On the #MessyTikTok Trend?

Users are sharing their relationship drama on TikTok—at the risk of looking like "the other woman" (or man) It has been a particularly messy month on TikTok. Beyond privacy concerns and threats of a ban in the United States, TikTokers are exposing cheating partners via the #MessyTikTok hashtag, a viral social media trend that encourages users to get personal in a very public way. Set to an original sound from TikTok user @Kr0yalty, first posted on August 31, TikTokers sing along to the lyrics
Read More 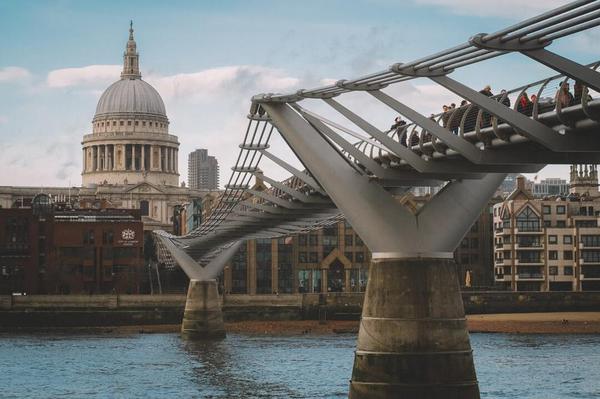 A Location Guide to Movies Filmed in London & the UK

The UK’s characteristic locales have provided the backdrops for countless films over the years, from stunning scenes in spectacular Scottish Highlands, to getaways in quaint coastal villages, and entire movies filmed in the busy streets of London. Use this guide to discover the real-life locations of some of the most popular movies filmed in the UK. 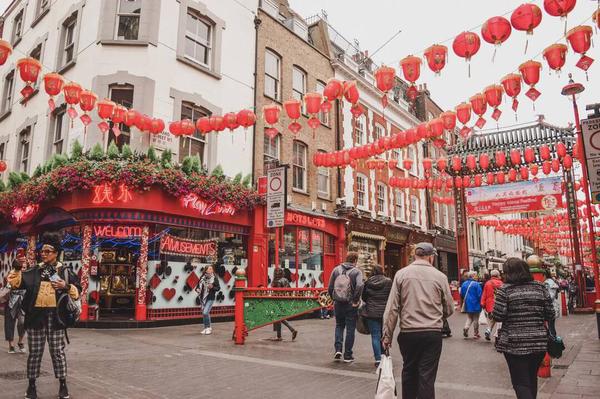 Around the World in London: A Neighborhood Guide

London is one of the most diverse cities in the world. But sticking to the city’s major tourist hotspots can mean missing out on some of the city’s best cuisine, local markets, and nightlife. Neighborhood-hopping is a great way to experience London’s multiculturalism. While some areas like Chinatown are obvious and easy to access, others require traveling further afield. These areas are often less touristy and offer more authentic representations of London life. Use this globally inspired neighborhood guide to travel the world within London. 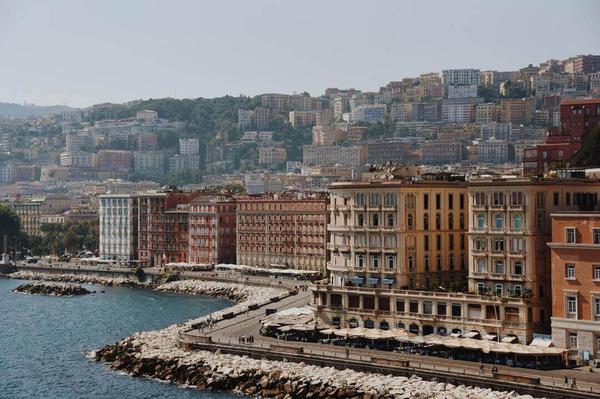 Despite its fascinating history, stunning seaside, and incredible cuisine, Naples has often been cast aside for Italy’s more tourist-friendly destinations like Rome, Milan, and Florence. Enter Elena Ferrante: an Italian novelist whose honest, gritty depiction of Naples has drawn travelers’ attention to the city — and inspired readers from around the world to tour Naples with characters in mind. 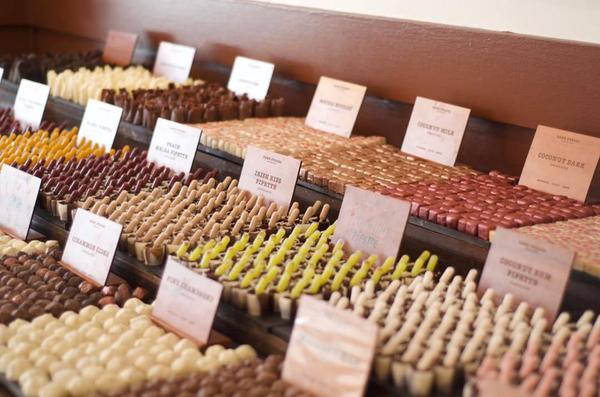 With two locations on one of the city’s most vibrant market streets dating back to the 16th century, Dark Sugars Chocolates brings Ghanian traditions to east London’s Brick Lane. 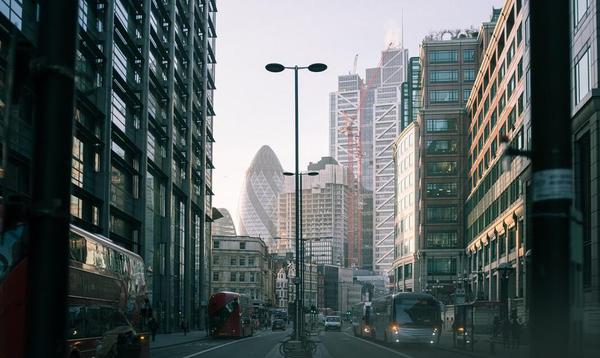 I moved to London in September 2019. The first six months were ordinary; the next six were anything but. When the UK’s lockdown measures took effect in March, I realized that staying in London meant I would not see my family in Canada for some time. During the Covid-19 pandemic, the uncertainty surrounding travel makes homesickness worse. Whether an ocean away, or just across state lines, home feels further away than ever. 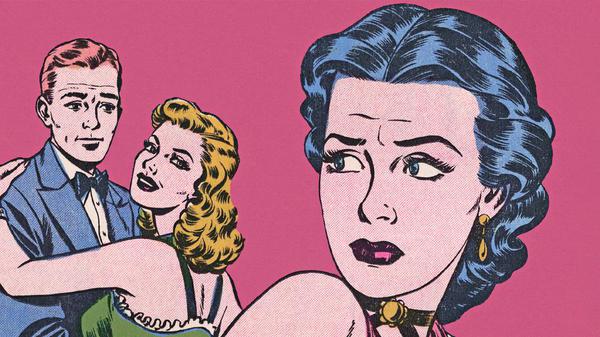 Why Are People Jumping On the #MessyTikTok Trend?

Users are sharing their relationship drama on TikTok—at the risk of looking like "the other woman" (or man) It has been a particularly messy month on TikTok. Beyond privacy concerns and threats of a ban in the United States, TikTokers are exposing cheating partners via the #MessyTikTok hashtag, a viral social media trend that encourages users to get personal in a very public way. 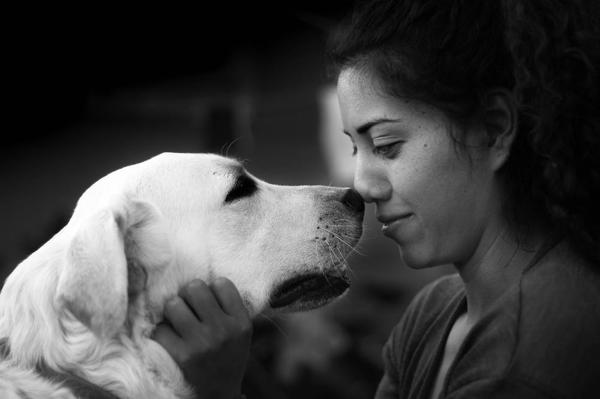 Why experts are concerned about pet adoption during lockdown

At five months old, Maple the Mastiff-mix has spent almost half her life in lockdown. Her owner, Mollie Millington, brought her home from the London rescue centre All Dogs Matter in mid-March, just a week before the UK’s social distancing measures began. 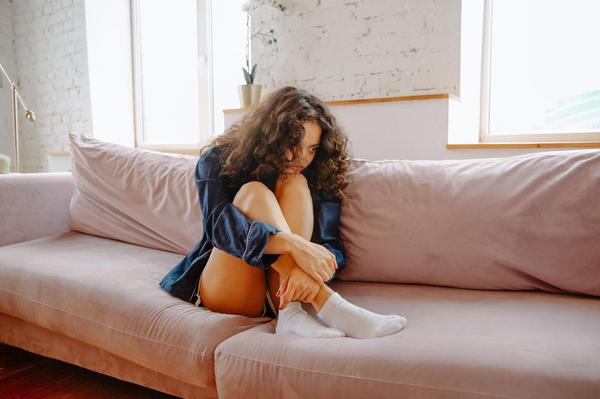 Coping with an eating disorder during the coronavirus lockdown

The coronavirus lockdown has changed all our lives drastically. But for people with eating disorders, the loss of routine, panic buying at supermarkets, and the influx of home workout routines on social media can trigger disordered eating behaviours and potential relapses. And this week, a controversial BBC Two broadcast has sparked major criticism about the way food and exercise are represented in the media. 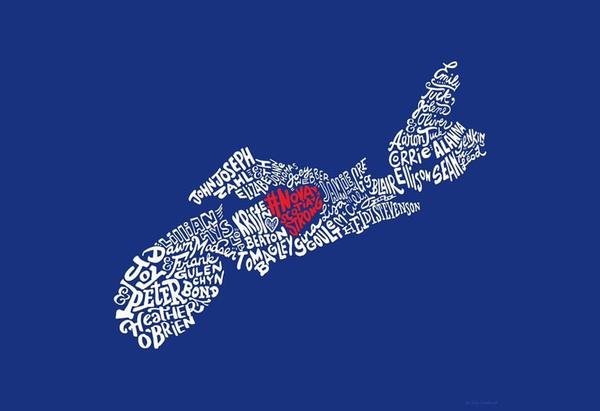 Grieving Alone, Together: A Community’s Journey of Healing in Isolation

Portapique, a tiny rural community in Colchester County, Nova Scotia (NS), is the last place anyone would expect Canada’s deadliest mass shooting to take place – let alone during a global pandemic. But on 18 April, a gunman disguised as a police officer began a 12-hour killing spree, taking the lives of 22 people. 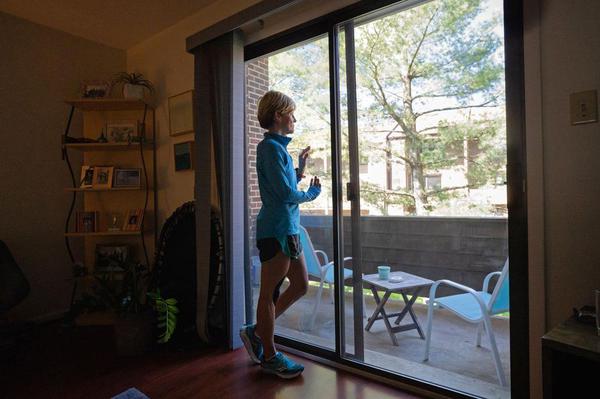 Opinion: We can offer shelter to Canadians with eating disorders from the pandemic’s perfect storm

A noxious diet culture has surged in recent months, from the influx of home workouts on social and mainstream media to constant jokes about gaining the “Quarantine 15." Being stuck at home during the coronavirus pandemic isn’t just a battle against boredom – it’s become downright dangerous for so many Canadians. 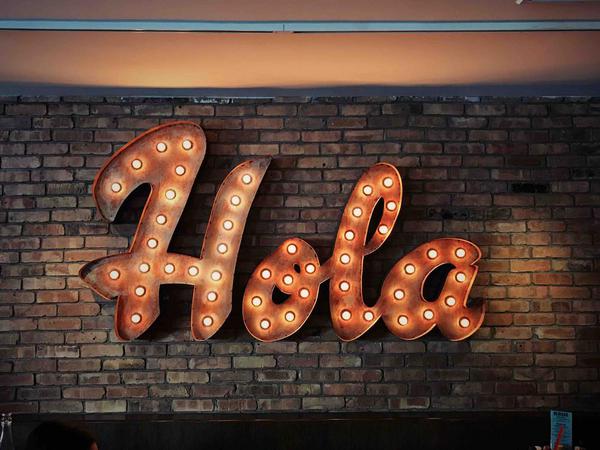 For those of us missing travel, learning a language is the perfect way to prepare for your next adventure. 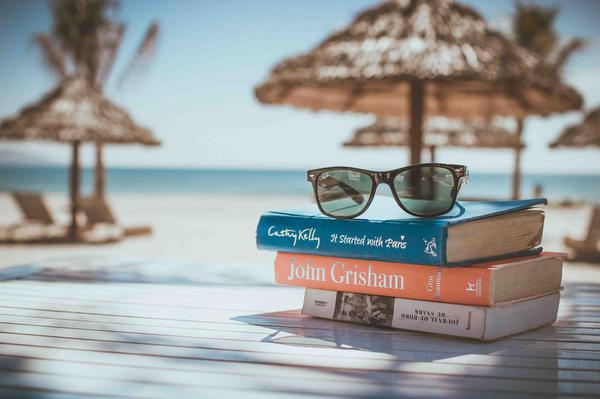 Eight Books to Get you Excited for your Next Travel Adventure Missing travel? You are not alone. In the age of social distancing, travel is out of the question for the immediate future. Cancelling a trip can be devastating, but more time at home means more time to make post-quarantine plans. If we can’t travel the world ourselves, reading about dreamy destinations and heart-pounding adventure might be the next best thing. 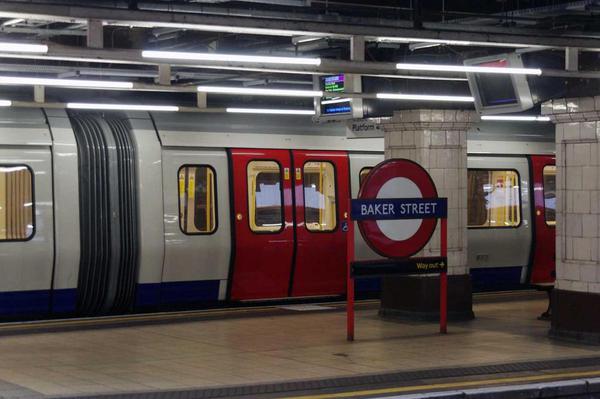 Studying Abroad During the COVID-19 Lockdown

When I left Canada to pursue a master’s degree in England, I expected my life to change. But I never expected this. As I write this, I am living in London, UK during the coronavirus (COVID-19) outbreak. My International Journalism program at City, University of London has moved entirely online; our university campus is closed. Students are leaving my residence in droves, moving back to their home countries for the foreseeable future. 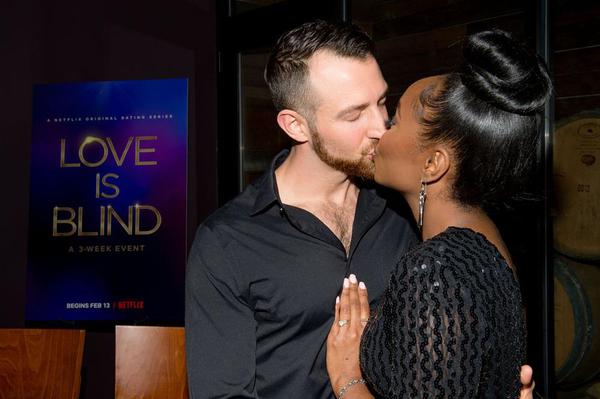 Opinion: Reality TV offers escapism, but at what cost to contestants’ mental health?

Netflix has struck reality TV gold with its latest hit, Love is Blind. On this dating show that makes relationships on The Bachelor seem conventional, strangers have the option to get engaged, but must do so within just 10 days – sight unseen. After “dating” from adjacent pods, contestants finally see each other face to face once they have popped the question. Four weeks later, couples walk down the aisle. “I dos” – and in some cases, “I don’ts” – are exchanged. When the show began streaming o 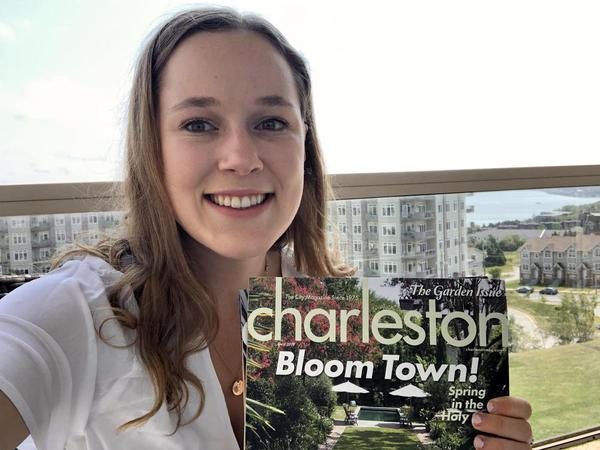 How to Make the Most of an Internship Abroad

While most internships come with defined start and end dates, temporary positions in one’s home country sometimes turn into full-time employment. Working abroad on a visa, however, means the start and end dates are much less flexible. Throughout my internship in the United States, I knew that no matter how much I loved my job, I would have to return to Canada when my visa expired. Here’s how I made the most of my final days in the U.S.A.: I enjoyed my internship in the United States immensely— 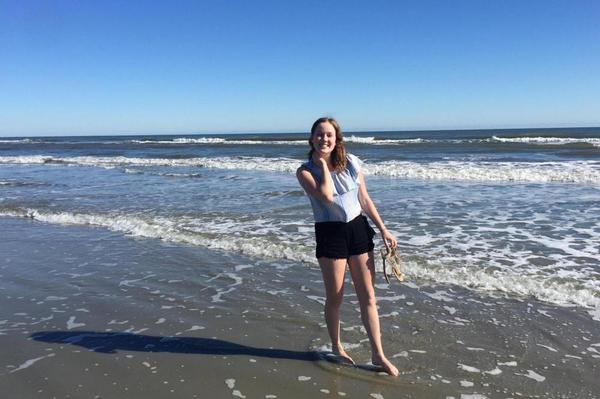 10 Things I Wish I Knew Before My U.S. Internship

I have officially completed my internship in Charleston, South Carolina; my first-ever work abroad experience. While I am pleased I took a leap and found a job outside my home country, I certainly made plenty of mistakes and faced numerous surprises while obtaining my visa and moving down South. As they say, hindsight is 20/20. With that in mind, here are a few facts I wish I knew (or, at the very least, wish I had thought about more carefully), before I accepted my U.S. internship: 1. Find th 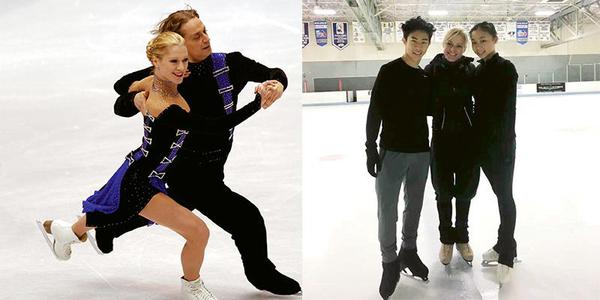 Canada’s Shae-Lynn Bourne and partner Victor Kraatz in action during their routine at the 2002 Winter Olympics in Salt Lake City Shae-Lynn Bourne is constantly in motion. As one of figure skating’s most sought-after choreographers, she helps skaters tell stories through movement. During her 28-year career in figure skating, the Ontario, Canada, native won 10 national championships and the 2003 World Championships with her skating partner, Victor Kraatz. Today, Bourne crafts programs for the spo 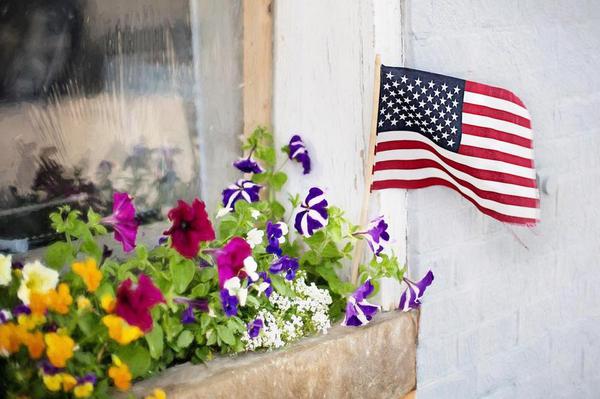 An Outsider's Perspective on U.S. Politics

When I decided to move to the U.S. for a few months, I got a few quizzical looks and raised eyebrows from fellow Canadians. With the current political climate in the U.S.—from the detentions at the border, to the battles over abortion and women’s rights to their own bodies, to the deeply flawed man and his tweets at the helm of it all—it seemed to be a strange time to enter the States. While there are lots of small differences I’ve noticed while living in the South, I don’t often feel like I’m 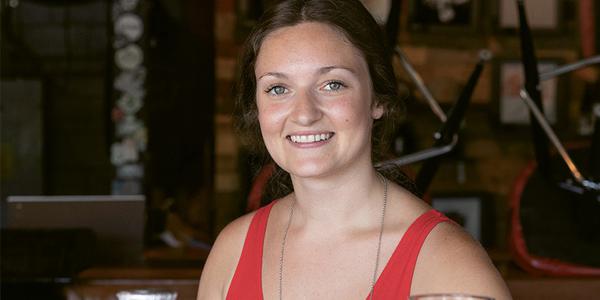 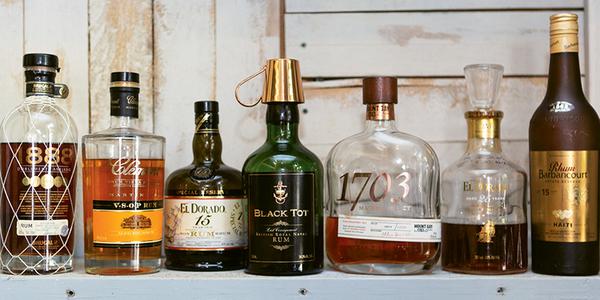 Taste of The Tropics | Charleston Magazine